4 Weeks into the term and Teach Your Class To Draw is beginning to work! 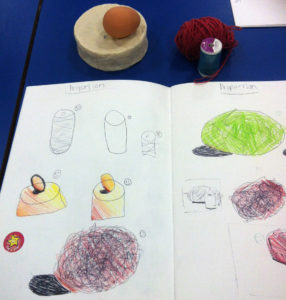 Only 4 weeks into the term and Year 4 pupils are beginning to really develop their drawing skills. This example shows that the pupil is aware of shapes and tries to improve this in a second drawing. He still presses too hard with his pen but has got used to not having a rubber and just ignores the discarded lines. He doesn’t cross his work out and marks with the Smiley Face Assessment.

Set up for the lesson.

I managed to get objects that were similar shapes to the last 3 lessons from around the room. I placed them on the tables making sure that each pupil had two objects in from of them.

We watched the video and then pupils drew their objects.

Things that would help children draw

This is a challenge for some of the children because they will not draw objects overlapping. This example shows how a pupil was not aware that he had drawn the objects side by side not even touching when in fact they were overlapping. 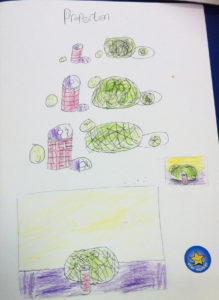 When I spoke to the pupil about the fact he was drawing the objects side by side and not overlapping and then I drew a mini version for him so he could see what I meant. He then did the final drawing with objects overlapping and in proportion. In one lesson this pupil has really developed his observation.

I have taught this focused lesson at the beginning of Year 4 for some years now and I am still pleasantly surprised at how much progress children make when given the right instructions and lesson content.

If you are a Year 4 teacher and you would like to try this way of teaching especially if you have not taught drawing before, then please go to www.teachyourclasstodraw.com and have a look at Teach Your Class To Draw.

This book is written in lesson form and consecutively follows the term. It contains 9 lessons designed for 1 term but could be adapted to be longer.